Story Written by E for School

Beneath the sea, a very long time ago, existed a kingdom of coral. The Coral Kingdom was peaceful and populated entirely by fish. They lived in hovels of coral, farmed plankton, and were peaceful by nature. A regular day for a plankton farmer would usually consist of tending to the plankton and then heading into the market in order to sell or trade their catch. Although plankton farming was a very common occupation, those who were not plankton farmers worked with the government under the Queen of the Coral Kingdom (Queen Gertrude Alvarado III). These government workers kept the Kingdom functioning properly. Some would work as ambassadors, others would work as accountants, politicians, and mayors. Overall, the marine life inhabitants were quite pleased with living in the coral kingdom.


There was, however, one thing that the Coral Kingdom lacked. The Coral Kingdom did not have any protection because there had been no need to protect themselves for several hundred years. More recently, a problem had appeared. Barbarian sharks and octopus from a neighbouring sea started terrorizing the Coral Kingdom and its residents. They began by stealing from plankton farmers heading home from the market. But as time passed, the number of robberies skyrocketed. The madness did not stop there, and the barbarians began to ransack villages, even attacking government workers in an attempt to weaken the Kingdom.


Queen Gertrude Alvarado III knew someone had to put an end to the nonsense, and quite frankly, did not know what to do about the situation. After reflecting on what had happened and what was bound to come, the Queen had an epiphany. She decided to look in the ancient texts from far before the time she was born. These were the texts written in the ancient language of ikhthys (ἰχθύς), when the Founding Fish were building the Coral Kingdom, a time when there was conflict across the sea.


The texts spoke of heroes, and although it isn’t directly translatable, the Queen was able to make out most of the story. The texts said that the Founding Fish came and settled in the Coral Kingdom, only to find out that there were toxic fish, hurting the coral and the land it lay on. In order to protect the settlers, the coral, and their new home, the Founding Fish were forced to drive the toxic fish off the reef. After their battle was through, the Founding Fish forbade the toxic fish from ever returning. After many years with no conflict, the Coral Kingdom had decided to abandon its defensive ways. And with that information, the Queen plotted her plan.


An official notice from the office of Queen Gertrude Alvarado III, was sent out to about twenty-five of the most loyal, brave, and honorable fish that the Queen had known. This letter titled “A Request for Service” stated that although their mission entailed significant risk, it would be for the greater good and safety of the kingdom. The letter requested that recipients attend a meeting, to be held in the Coral Castle in three days, to form the Kingdom’s Guard. In addition, if they knew anyone who may also qualify for this urgent task, they were to pass along the message.


Three days later, the Queen, quite surprised, entered the Coral Castle to greet ninety-seven fish. The Queen explained that the purpose of the Kingdom’s Guard was to protect the Kingdom from the evil Barbarians. She also said that anyone who was not interested, was allowed to leave (although no one left). Nearing the end of the meeting, the Queen officially declared the ninety-seven fish as the first members of the Kingdom’s Guard. To conclude the meeting, the Queen told the fish that they must then travel to the Coral Mountains and train with the Elder Fish, who will grant them mystical swords.


After they trained in the art of sword-play for weeks on end, the Elder Fish cast a spell. All of a sudden, just like that, the trainees became the first ninety-seven swordfish of the Coral Kingdom. As they descended the mountain, preparing for battle, they returned to their home as majestic swordfish.


Patiently they gathered, waiting for an opposing Barbarian attack. After three days of inactivity, there was a large Barbarian attack where savage sharks and menacing octopuses attempted to overthrow the Coral Kingdom. They came over the sandbar hills, octopuses and sharks flowing over like a sashimi convention. They battled and fought from dawn ‘til dusk. Each side, expecting the other to retreat and back down, but the swordfish did not back down. Not ever. In the end, the Barbarian Shark King was defeated in battle. This left the Barbarians leaderless and they were forced to surrender. The Barbarians, or what was left of them, retreated to their territorial sea, never to be seen in the Coral Kingdom again.


After the matter was resolved, all ninety-seven swordfish, even those who had fallen in battle, were recognized and rewarded for their bravery. The remaining swordfish raised apprentices to keep the Kingdom’s Guard alive. As for Queen Gertrude Alvarado III? Well, she created her own text on the events that took place in the Coral Kingdom, to ensure that the Guard’s bravery was recorded for all time and to ensure that they were never forgotten and always had a role in protecting the kingdom.
- March 27, 2018 1 comment: Links to this post
Email ThisBlogThis!Share to TwitterShare to FacebookShare to Pinterest

There's no better way to start the day ... 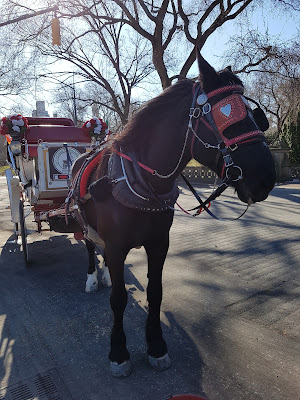 .... than eating fresh croissants in a horse drawn carriage in Central Park. 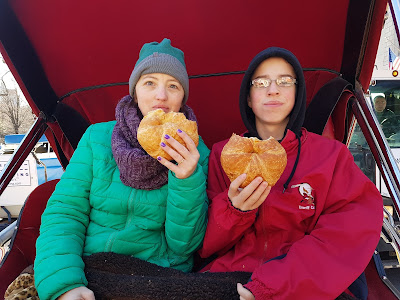 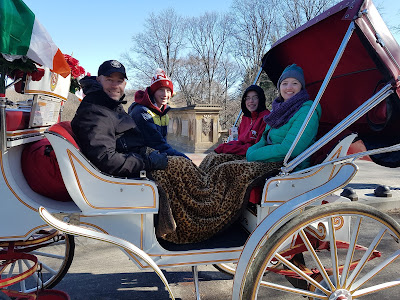 I had planned to spend 2 hours at the Museum of Natural History before moving on to a full afternoon of other activities.
Instead, we spent 5 hours and felt when we left as if we'd barely scratched the surface.
Those other activities will have to wait until our next visit. ;-) 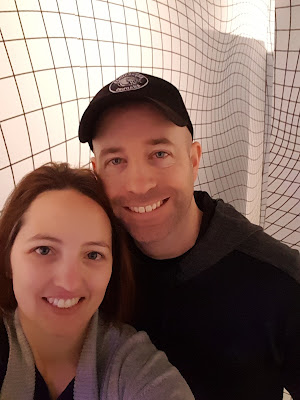 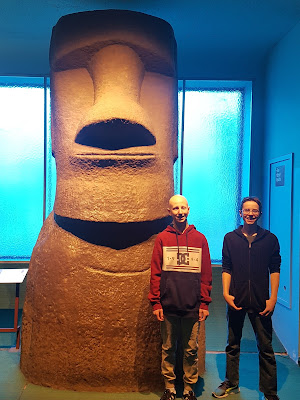 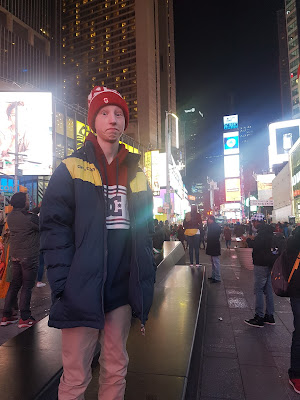 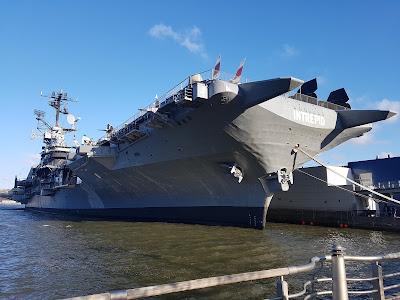 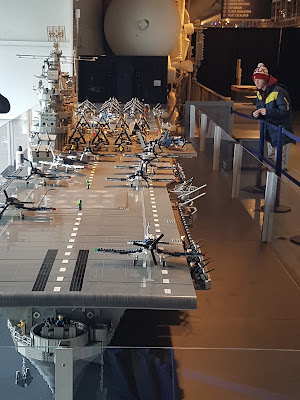 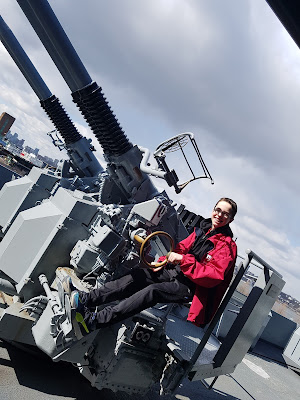 The NewYorkStockExchange.
Our tour guide was amazing .
Check out the shortest street in NYC. 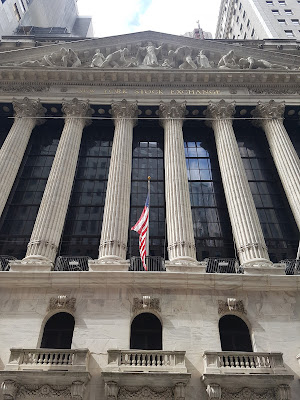 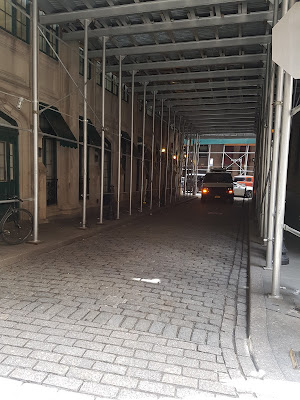 And, of course, the Statue of Liberty.
Looking handsome, E. 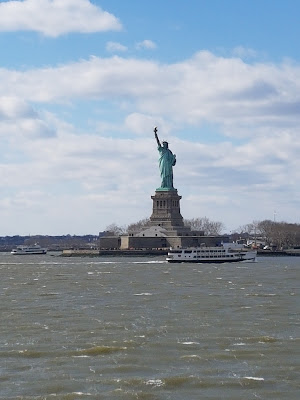 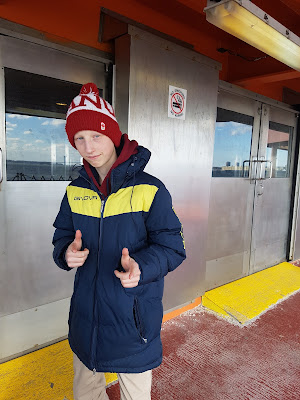 This day had a ton of walking and after dinner M&A went back to the hotel to rest. But E&I decided to spend a couple more hours in Tones Square. 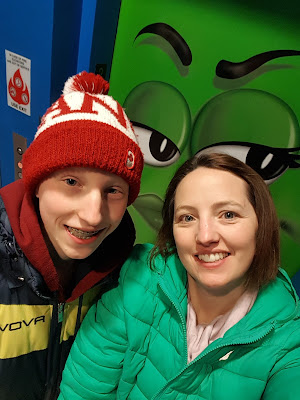 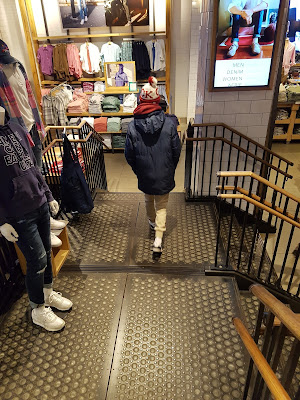 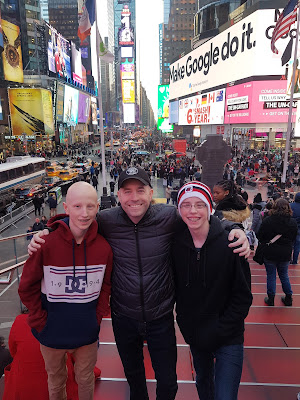 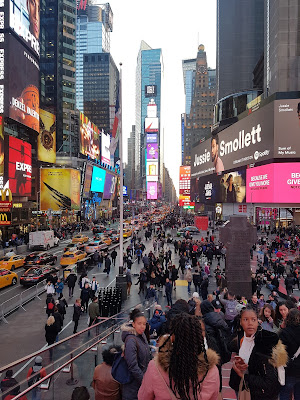 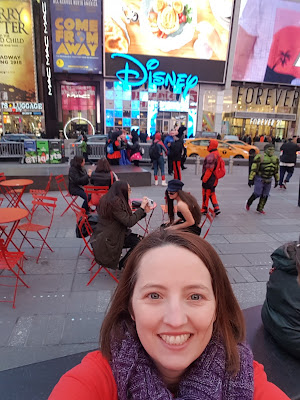 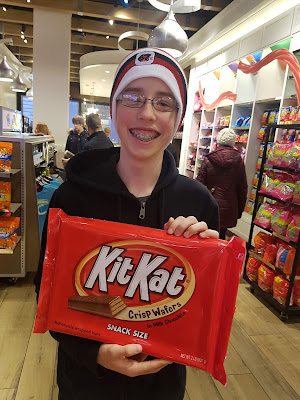 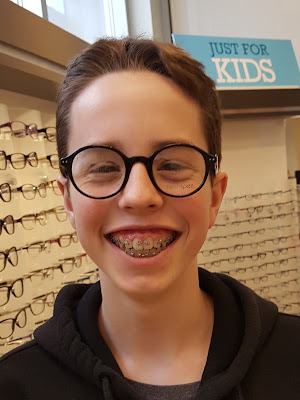 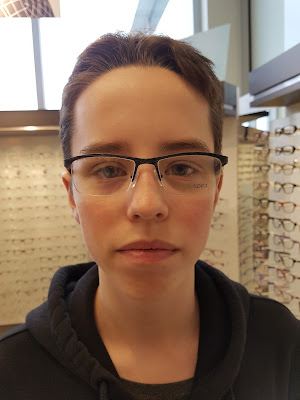 and one of these are his new sunglasses .... 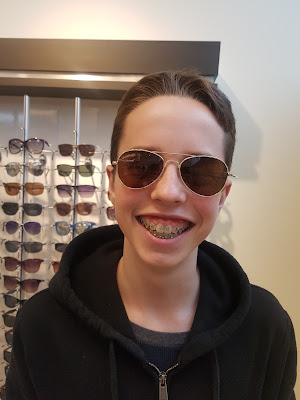 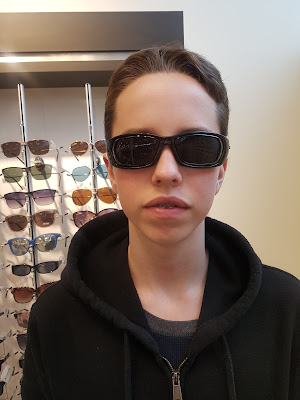 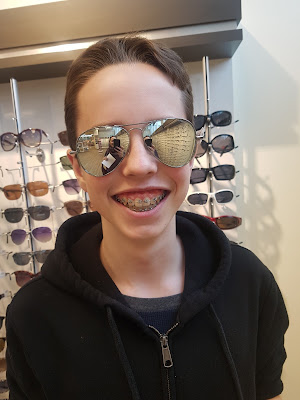 But you'll have to wait until next week to see which ones he picked.
- March 08, 2018 1 comment: Links to this post
Email ThisBlogThis!Share to TwitterShare to FacebookShare to Pinterest

Sigh. Lovely.
Both the boys home during the day ...
.... both doing school work.
Just like the 'good old days'. 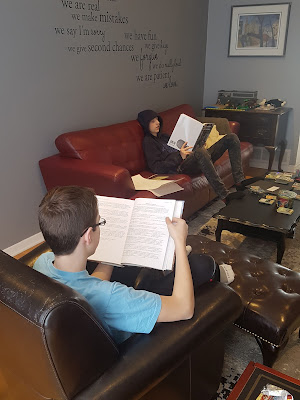 We also went to the new&improved SciMuseum.
They have this screen that virtual dresses you as a random character.
When E walked by it made him a boxer!
How did it know? 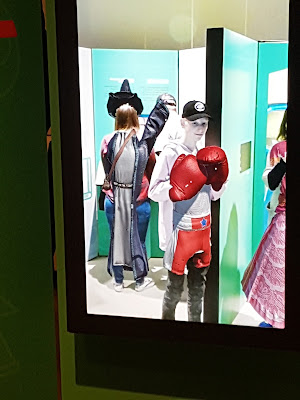 His hands look huge. Must be the angle.
Lol. Grabbed some new hockey gloves for A. 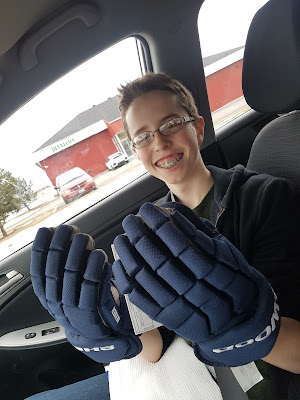