This place we were at today was very fun. And the actors/staff were fantastic. 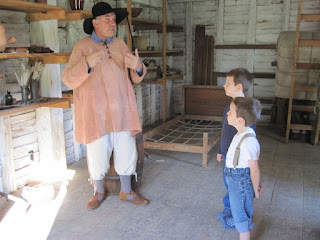 They all took the time to really talk to the kids and show them stuff. 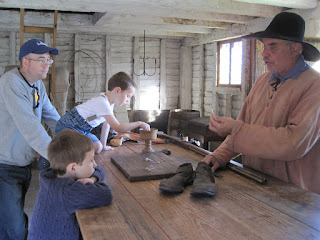 The kids were 'trained' for the militia. 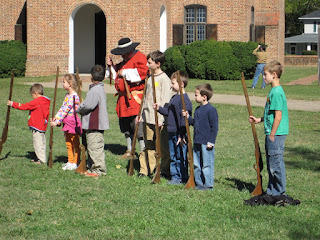 They tried the pikes. 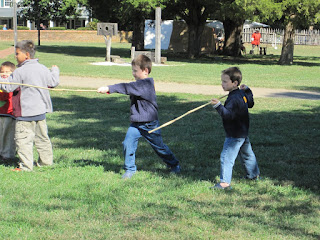 And they watched the reenactors in mock battle. 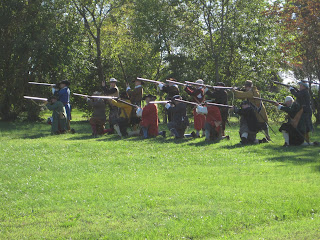 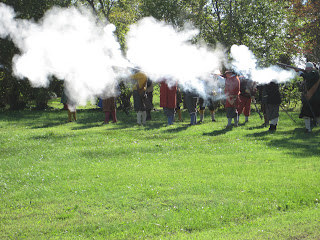 This is an example of the kind of vessel the settlements used for 'local' sailings. 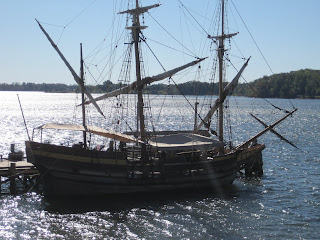 We were able to go everywhere onboard. 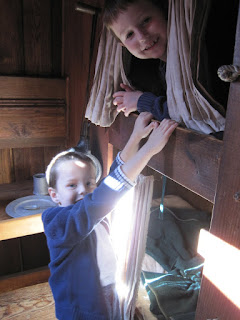 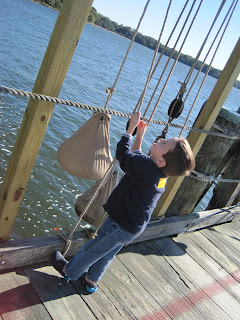 Here's M at the captain's desk. 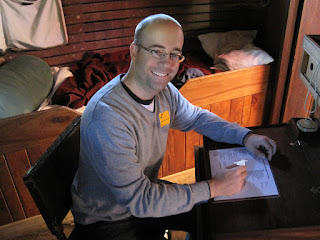 And A rockin' his suspenders on the beach. 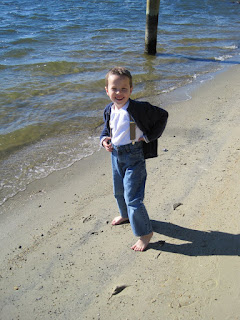 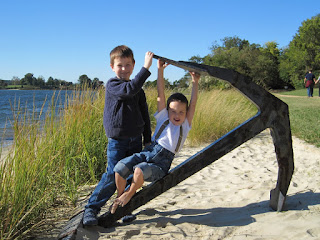 M said a long good-bye to the ship. 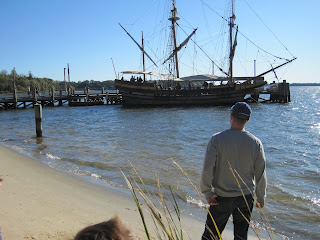 There was a trial today. The man on the right stole a pig. 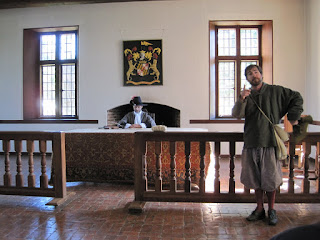 The boys tried out the 'old-school' discipline. 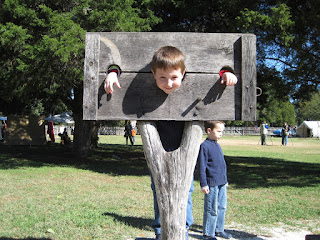 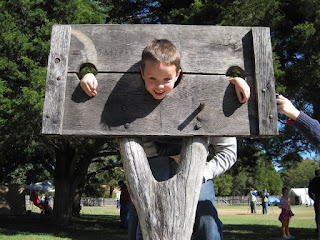 They even got to try out an early printing press. 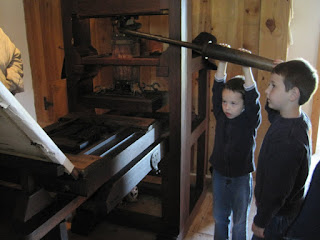 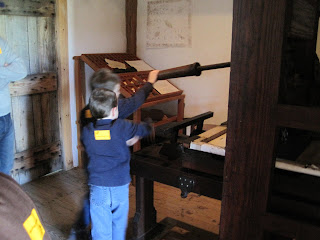 Where oh where could A be?

He's with M in a native house as warm as can be. 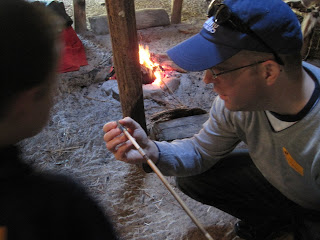 This was a super fantastic day. Definitely suggest this outing to all.
- October 16, 2010
Email ThisBlogThis!Share to TwitterShare to FacebookShare to Pinterest
Labels: Homeschool

Looks like a fantastic place to visit and that everyone had a great time. Definitely need to get down that way!

It does look good, but the real question is; was the use of the words "super fantastic" intentional or not?