Rockt Science is soooo fun! We decided to build a model rockt and launch it as part of the kid's space science unit. So we bought one a couple of weeks ago, I built it, and we launched it this past Sat. Of course, we had to have some astronauts. Below is a pic of our astronauts "Derek" and "Jawa" standing next to their rockt CANADA 1. They had a rigorous trg regime before actually going for launch. 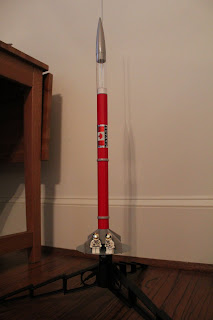 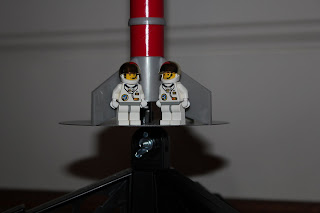 Here is the ground crew prepping for launch. Astronauts secured and have completed pre-flight checks. 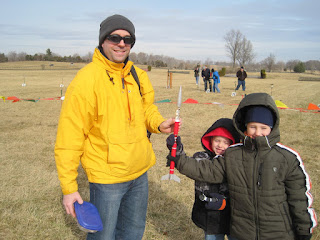 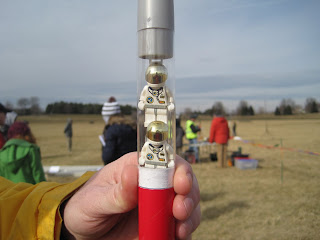 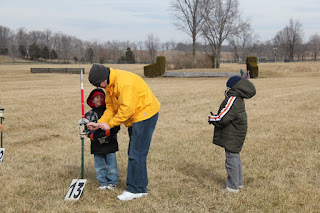 We only used intorductory engines for the test flights. So the rocket flew to about 150' before reaching apogee and igniting the secondary charge to eject the parachute. Here are some pics of the launch and the recovery. 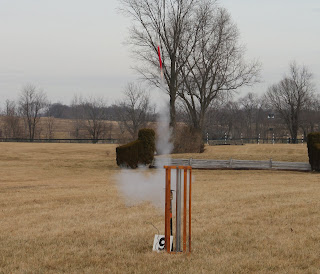 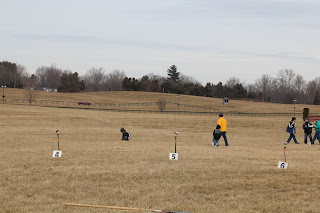 Of course, when the astronauts returned, they had a hero's welcome. Three of the city's finest police officers and one of the local firefighters raised Derek and Jawa onto their shoulders as the rest of the program staff gathered round. What a day! J will load a video later tonight. 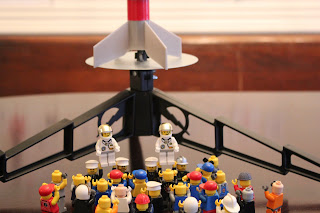 Wow...I have been waiting all morning for this....how exciting...what a day!!! Loved the lego men and the hero's return was a great finish to the story...LOVED IT!!!

You are all amazing...

You are insane level of cool chicky.

What a totally cool way to do a lesson on rockets! Loved the use of the Lego astronauts! Your boys are so lucky to have great teacher like you.

Amazing!!!! and great videography too.