I've been known to take a few pictures.
It might have been expected that my boys might have picked up that habit.
However, it appears not.
Both of the boys had outings this week and I asked them ahead of time to please take pics.

E went on an 8km hike in Gatneau Park with a school club this week.
He tells me they saw a couple snakes, picked them up, slipped around in the mud a little.
Sounds fun, yes? And, here's the picture that he took to tell that whole story. 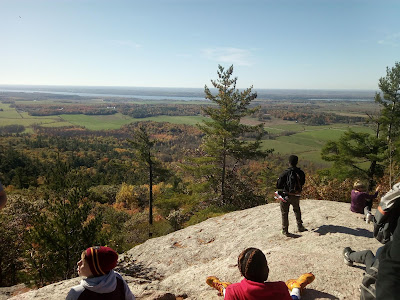 Adm participated in a WarMuseum activity day.
He did workshops on the Battle of the Plains of Abraham and 4 Perspectives on the War of 1812.
He tells me that parts of the museum were made using recycled copper from the Library of Parliament, and there are windows that spell out 'Lest We Forget' in morse code.
Fascinating details, yes? And, here's the photo I received from another parent to tell that story. 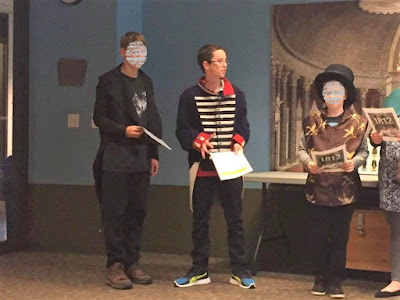 My boys need to seriously up their photo taking game.
- October 19, 2017
Email ThisBlogThis!Share to TwitterShare to FacebookShare to Pinterest