So...those of you who know me know that I like to clean. I genuinely like it. Everything in it's place. All shiny and smelling like cleaning fluid.
When we moved out of our last house I heard that the man who moved in told our old neighbours that it was the cleanest house he had ever moved in to. This pleased me greatly. And I told the boys(all three) that they should put it on my tombstone when I pass.

Fast forward to last week.
I have been trying to get things organized and cleaned up before the move. And it has been annoying the younger two boys.
They asked me,"Why do you have to get everything so cleaned up?"
So I said, "Because when they come to move us I want to hear the movers say that this is the cleanest most organized house they've ever moved!"
All three boys decided this was unlikely. 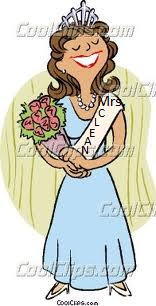 Fast Forward to Yesterday.
The boys were downstairs getting ready to leave for VBS. I came down the stairs to get them.
The packer said, "Ma'am, you have such a very organized house."
I gasped. I smiled. I said, "Oh my, thank you." I was so tickled. I was prepared to walk on cloud nine all the way to the church with the boys. When E piped up.

Can you believe it?! What a stinker!! He totally set me up. And he's eight years old! I'm in trouble down the road let me tell you.
- July 12, 2011
Email ThisBlogThis!Share to TwitterShare to FacebookShare to Pinterest

You are certainly "in for it" down the road. All I could think was, "shades of Michael Barefoot"!
And now there are two!

Thats a Laycock move, when did E get to know Ron Laycock?

Loved the whole story. I think you might be on to something here Dodie....dear Michael.

That is probably one of the funniest things I have heard. It will definitely be interesting down the road. hehehe