I Don't Get It

Most people know how much I don't like electronics. M and I have a long standing tension about how much is too much computer use.
This week he has been on vacation at home with us and the electronic usage has been WAY up. 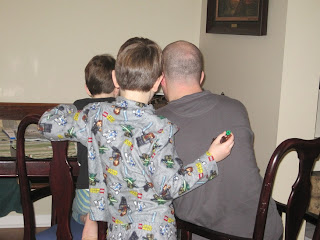 The three of them are hooked on a medieval game. Apparently it's educational as they need to develop and plan their communities and lead their men. 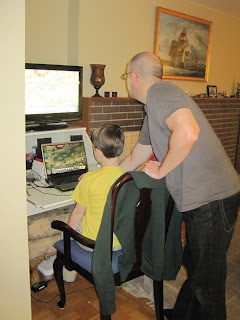 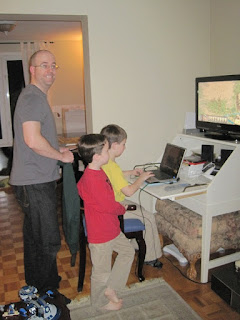 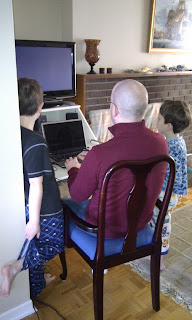 You'll notice if you view the progression that it started with the three of them playing together around the laptop in the diningroom. Then they moved to the livingroom and hooked it up to the television so they could have a better view 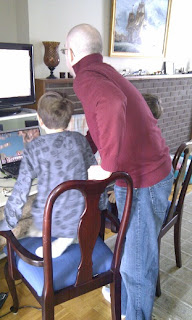 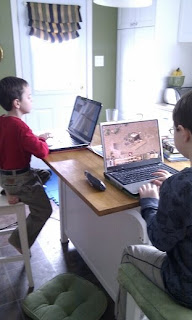 And this is where we've ended up. We now have two copies of the game; one on each laptop. And they can play on-line simultaneously as allies or enemies . 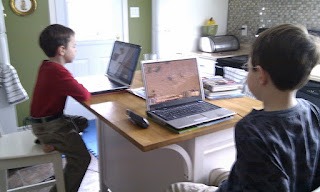 - January 26, 2012
Email ThisBlogThis!Share to TwitterShare to FacebookShare to Pinterest

I for one feel much better knowing the Knights of Cloverlawn can suit-up and siege warfare....