As E gets older he is starting to look more closely at the museum exhibits. Of course, he still likes to hit the kid area. 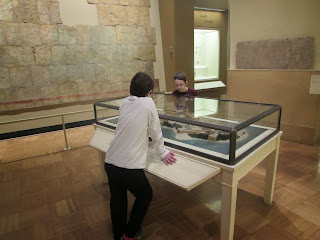 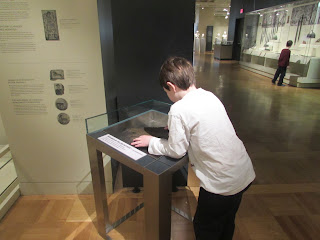 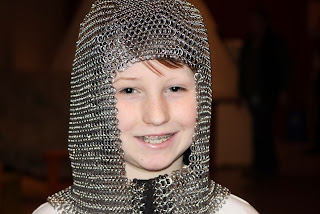 I think this was A's favourite thing yesterday. He couldn't get over how incredibly tiny the little people were. E said it reminded him of an exhibit we saw back in 2010 of Willard Wigan. 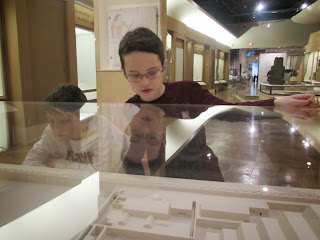 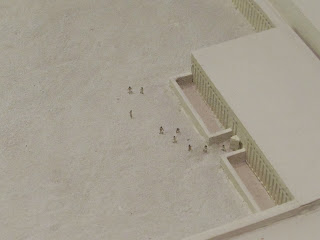 While passing a wall of Egyptian mural A spotted some hieroglyphics he thought he recognized.﻿ 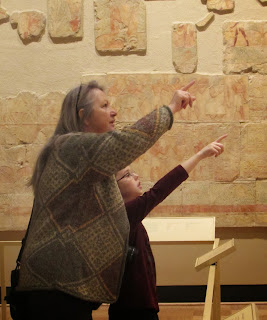 After going down to the kid section we were able to find the hieroglyphics and confirm he had spotted the letter 'A'. 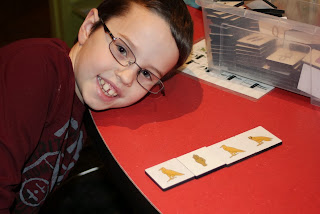 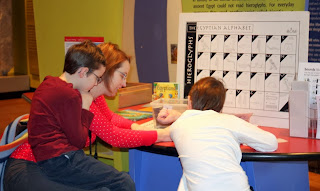 This is totally not related to our museum trip yesterday .. but it's still cute.
When M gets home at night the kids are waiting to pounce on him and get his attention. The other night he didn't even get a chance to change out of uniform before they surrounded him.﻿ 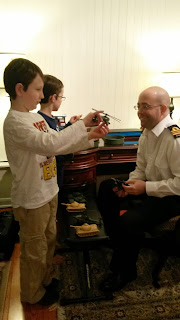 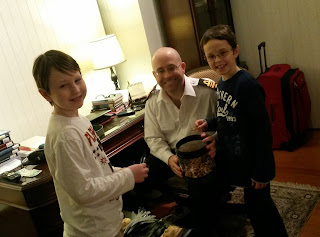 What great pictures...why wouldn't they want to pounce on their dad....he is a great father and I must add here....m, you look great....love your smile!

What a beautiful family! You look so sweet.