Before the tournament today we went downtown to see the parade. They had old cars. 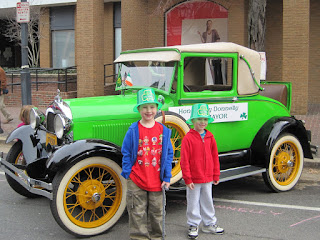 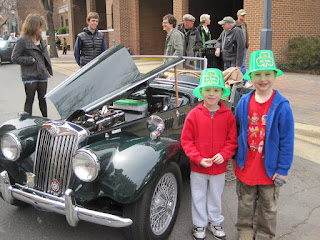 And a horse drawn carriage. 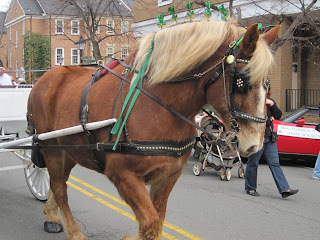 Then we settled in early to a spot on the curb. 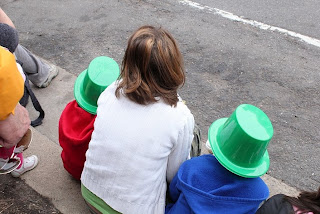 The bands are my favourite. 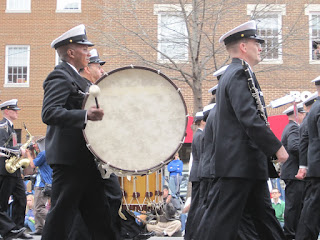 Though the marching is pretty cool too.

And Irish dancers of course. 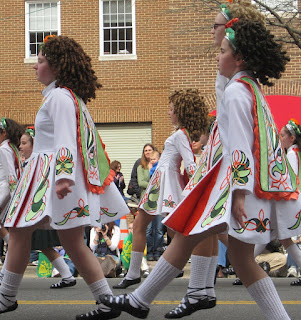 This was hilarious. They marched this 'enemy' all the way down KngSt. 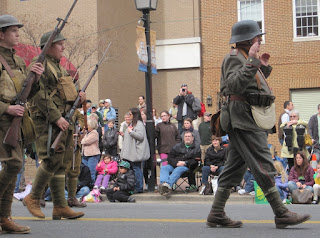 I can't remember the last time I saw these little cars.

And then it was on to the tournament. 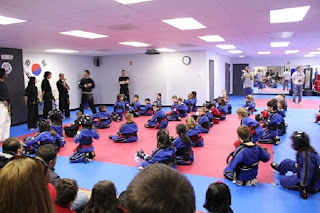 A went first in his division. 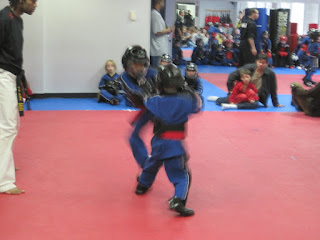 He didn't win first....or second....but he did well. Here he is with his friend comparing trophies. 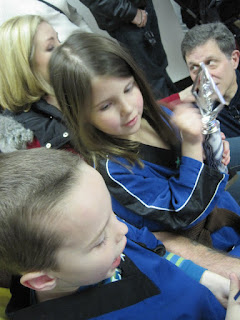 And then E was up. 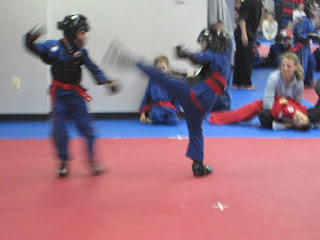 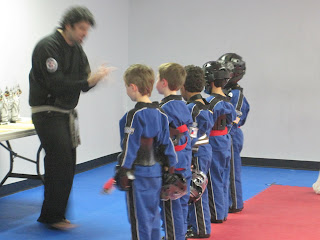 - March 05, 2011
Email ThisBlogThis!Share to TwitterShare to FacebookShare to Pinterest

Great job boys....win or lose you are always champs over at nana's house. Great pictures and grest moves.

What a beautiful parade you got to go to.

How is grampy doing? Hope he is keeping up with the pace.

Love to all
nana