When we arrived at the Maryland Science Museum there was this great crazy scientist guy yelling, "Free Bubbles". The kids were instantly hooked. 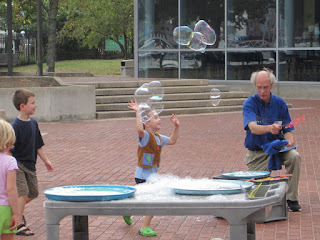 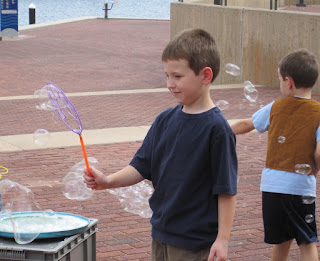 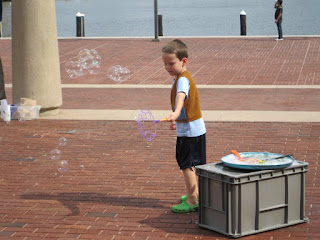 Then we got to the front lobby area. There were so many cools hands-on things. 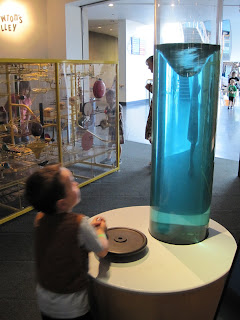 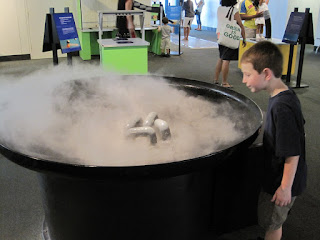 We had to take a little break for lunch but then we went back. 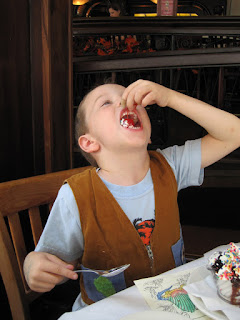 E's favourite hands-on was the laser harp. It made great music but there were no real strings only beams of light. 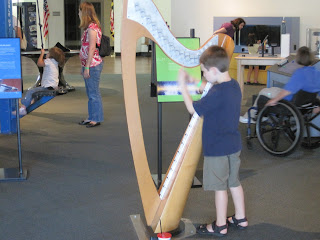 There was a great play room for kids aged 3-8. You could send messages in a tube overhead. 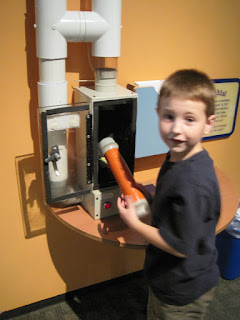 Here's A and M returning the message. 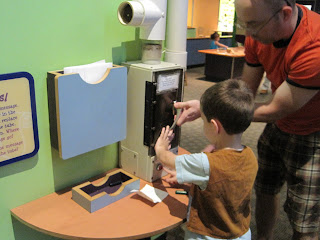 One area had an underwater/submarine play area. 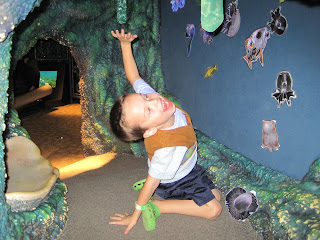 E was at the periscope. 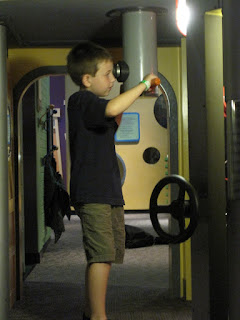 Oh ya. And there was a water table with the coolest stuff. 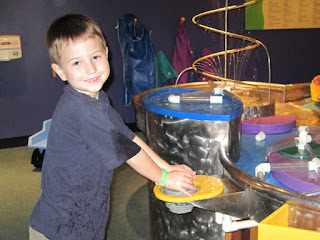 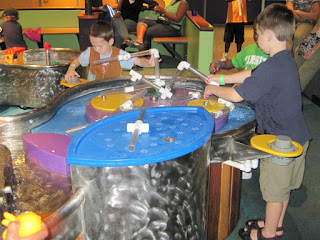 Of course M wanted to make the tallest one he could. 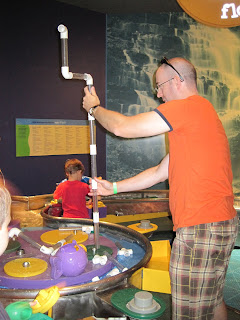 When we left that area there was a great demonstration on static electricity. The boys went up to feel the static. 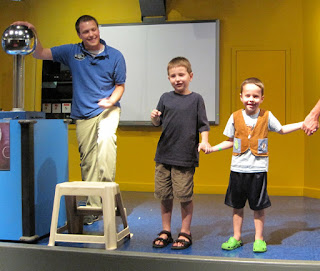 We made a visit to the space area. 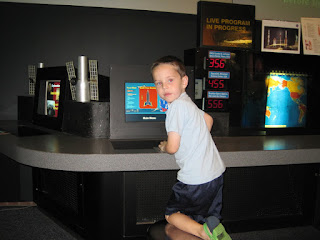 E made a great lunar rover. There was a grown man and his teenager working alongside him. They came up to me afterward and said how impressive he was. 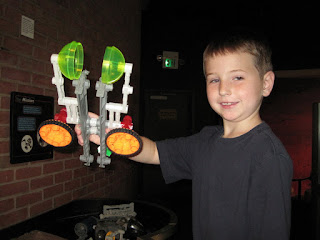 And after the museum closed....we went to the outdoor water park on the waterfront. 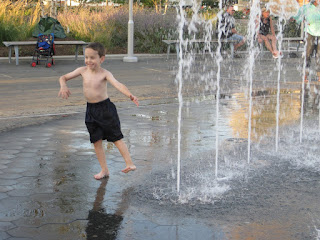 E was loving it. 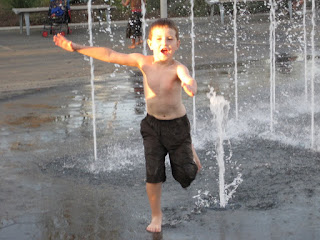 And M was there to take my pic. 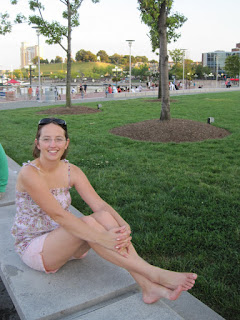 It was a great way to end the day. Except we didn't end it there. We went for dinner at a restaurant on the waterfront. 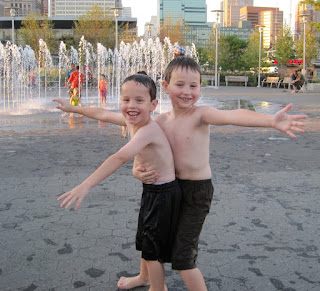 But then when the sun went down we knew it was time to head home. 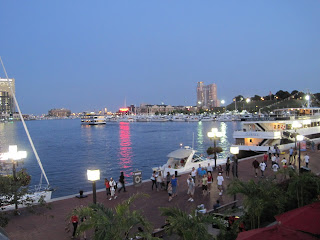 - September 25, 2010
Email ThisBlogThis!Share to TwitterShare to FacebookShare to Pinterest

Zero sarcasm meant on this one. You are a wickedly cool mum to be doing this kind of stuff with your kids.

What a fantastic museum! Everyone looked like they were having a great time. I totally agree with the previous comment about you being a wickedly cool mom! You always have something fun/education for the boys.