Cute little fella isn't he.
I didn't think that when he flew over my bed last night while I was reading.
I woke M up and told him he needed to get on the situation. 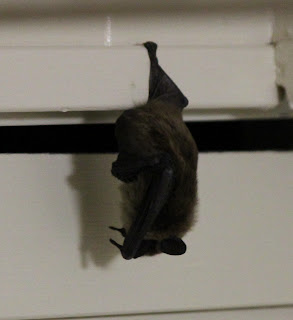 We searched all the rooms upstairs and the main floor .... twice. Nothing.
It was at that point M calmly suggested maybe I had been mistaken.
And then I not calmly at all suggested he take a flying leap!!!
What exactly did he think I had seen fly over my head?!?!?!?!? 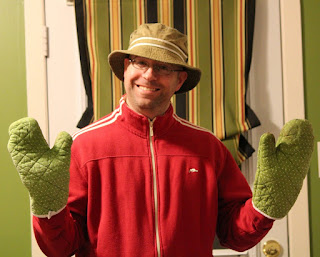 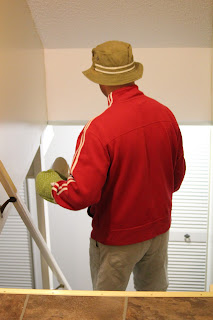 With that encouragement he went to the basement and at the bottom of the stairs saw our little furry friend hanging on the door.
Caught and released at the park down the street. Story over right?﻿ 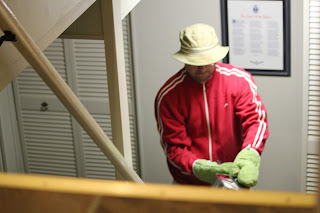 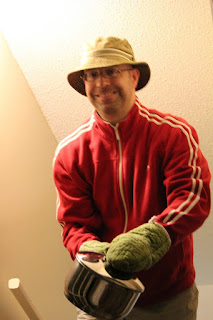 Nope.
Around noon A noticed that he had strange marks on his leg.
In two locations he has two little round dots about a centimetre apart.  We googled ... apparently bites/scratches can easily go undetected because of their needle like teeth. And when we had searched their room the night before he was lying with no blankets in boxers on his bed ... legs exposed.
PANIC!!!!  Straight to the hospital.
The resident assured us that there had been no broken skin and guidelines say that rabies shots are not needed. What a day. We're exhausted ... and scared of bats.
- May 13, 2013
Email ThisBlogThis!Share to TwitterShare to FacebookShare to Pinterest

Love it....what a story! Who can tell it best would be difficult to say...whatever,both sides broke me up starting with J sending the email this morning with a pic of A's leg and asking if I might think that it could be a bat bite. Why on heavens earth would anyone think it would be a bat bite...I truly thought ...this is it, all these renovations have finally gotten to J but with emails going back and forth I was told the whole story. And then I had a call from M and I had another great laugh as he told me his side of the story. I love my family so much and the stories I hear keep me going. I pray you will all be able J and the boys will have dad do a house search before anyone closes their eyes tonight. Love mom/nana