Here they are. Ready for adventure. After church and lunch that is. 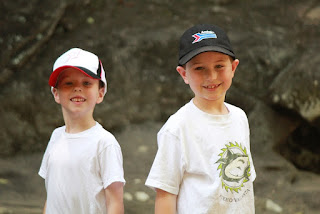 Lunch. Notice how A is always sitting beside M. And here's E with his Sunday school craft. 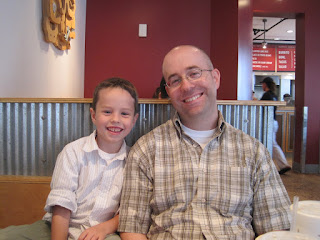 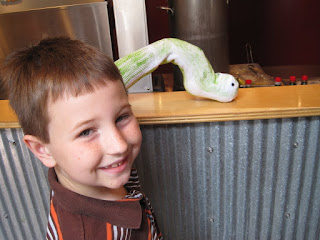 Then we decided to go to Dora Kelly Nature Park. 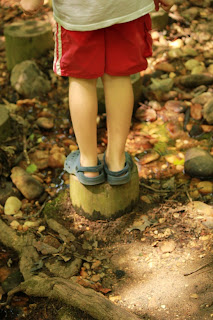 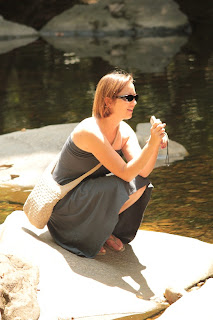 (I like this pic of me)
We found a great downed tree that A wanted to walk across. He tried and tried. 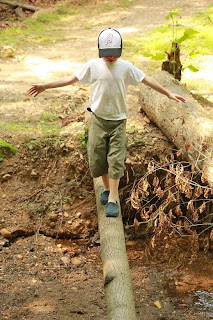 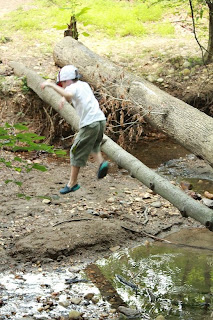 In the end....only I made it all the way across. 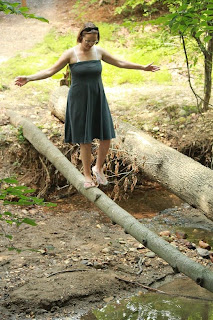 M took this great picture of the boys. 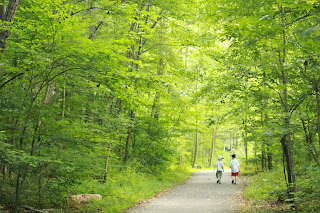 He also took this one of me....another pic of me that I like. (I don't normally like pics of myself) 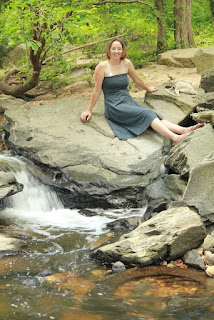 Their favourite part was mucking around in the creek. They told me later they were trying to build a dam. 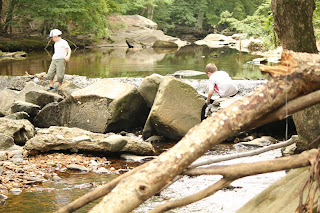 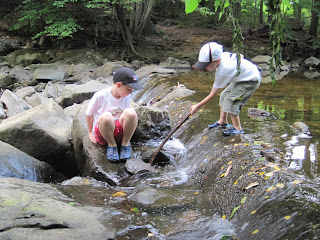 Yesterday A looked me straight in the eye and in a very solemn tone told me he wants to be like daddy. And so he copies daddy. Whatever he does or says. It's like having two daddies around, only one is short. Today M climbed up a rock to have a look. And a few minutes later there was A...asking me to take his picture too. 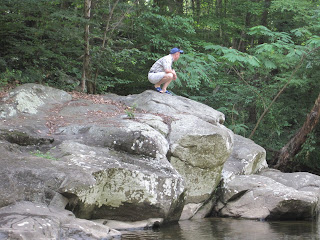 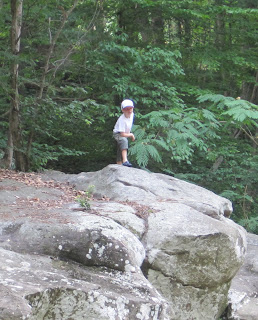 And then the fun was over and we had to come home to make dinner and get ready for our week. 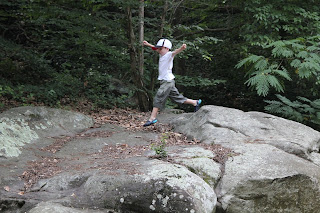 - June 26, 2011
Email ThisBlogThis!Share to TwitterShare to FacebookShare to Pinterest

wow, looks like you guys had a blast,,,what a great day nothing better than a nice relaxing day in the woods. pretty lucky group down there, getting in the last few adventures before heading back to the "frozen north" where the family anxiously await your return..God bless...Grampy Peter

oh my goodness.....the pic that Mike took of the boys between all those trees is GORGEOUS!!!!!! I hope you framed it!