In the Words of E: Not a Success

We are doing a 6week culture unit-2weeksNigeria, 2weeksMexico, 2weeksIndia.
We're in the midst of Mexico and I thought it would be fun making tortillas for lunch. We went to the bulk food store to buy the corn flour. Talked about why corn flour instead of wheat flour. Found a recipe. And started stirring. Then rolling. Then flattening. 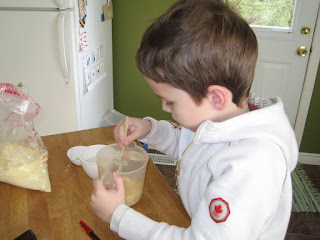 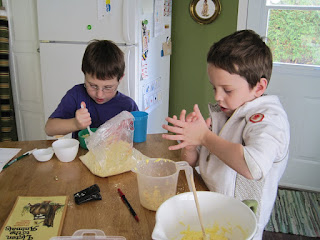 Then we started cooking. And immediately we could tell there was a problem.
We tried all of the following: adding more water, adding more flour, making them thicker, making them thinner, using a different pan, higher heat in the pan, more oil in the pan.
And yet they failed! They had no brown spots (as mentioned in recipe, 'done when brown spots on both sides'), and no flexibility. They were like corn pancakes but stiffer.
I knew they needed to be quite flat but they just fell apart when I tried to flatten them. 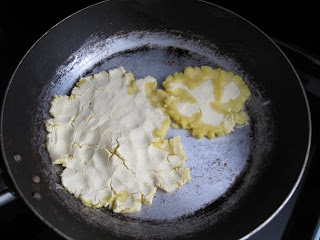 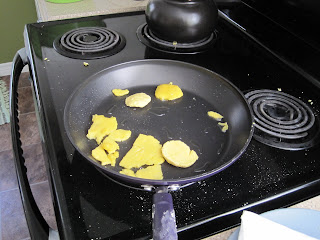 That's not to say we didn't eat them, they tasted fine. There's nothing a little honey or jam can't fix. (Nutella was also tried but A decided that corn pancakes are one of the only foods in the universe that isn't better with chocolate spread.) 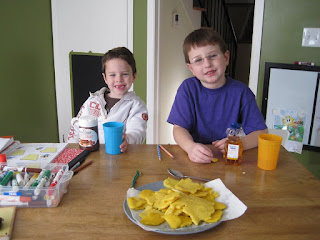 On an unrelated food note. I tried serving the boys 'mixed' food for dinner tonight. Eggs that had been cooked with cheese, chicken and milk. Nope. They would have had cheese and chicken and eggs but I didn't give them the option.
Luckily the salad was delicious and I told them they couldn't have any more until they ate their eggs. HA! That'll show them - I bribed them with fruit and vegetables! 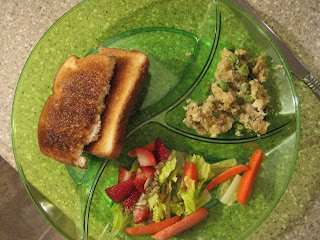 - November 21, 2011
Email ThisBlogThis!Share to TwitterShare to FacebookShare to Pinterest

Perhaps it was the kind of corn flour that you used? The one we use it Maseca and it works well. I don't know what the difference is in the different types.

And it is so funny that you can bribe your kids with fruits and veggies. I thought we were the only ones that had to say at the table 'no more tomatoes til you eat the rest of the stuff on your plate!' But it's much better that way than the other!