I took the kids to the airshow yesterday at Andrws Air Force Base. J took the day to get some chores done. Here are some of the snaps. Below is one of the US Air Force Thndrbirds about to go vertical on a fly past. 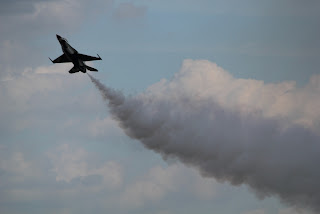 You know that US Cost Guard Helo that flies over our house twice a day? Well, the boys got to sit in it at the Air Show. It was pretty amazing. 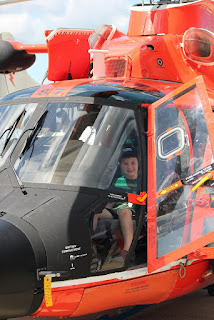 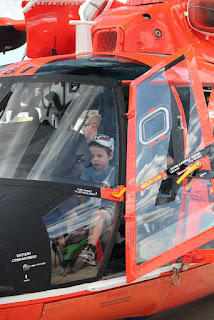 The 2nd largest aircraft in the world. 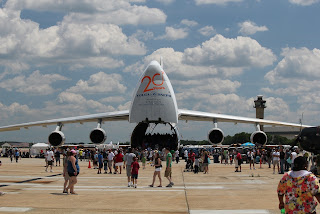 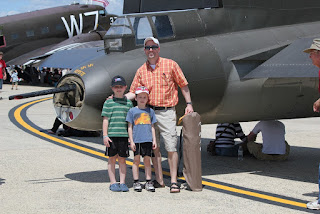 Boys in the back of a STRYKER (BISON in Canada), also known as an Armoured Personnel Carrier. 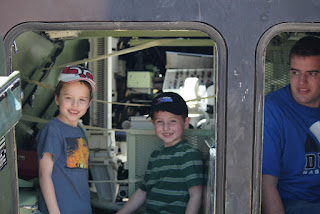 The firemen were also there. Who doesn't like firetrucks? 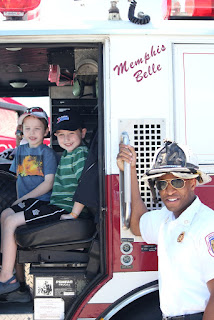 Some shots of an aerobatics team with some American pride in the foreground. 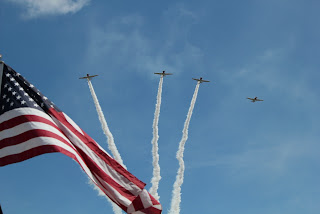 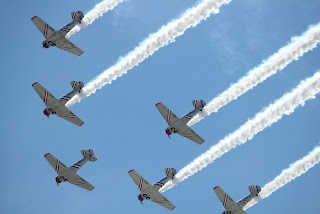 The boys got to sit in a BLACKHAWK helicopter just like the one their Dad flew around Afghnistan in. They really liked the guns! 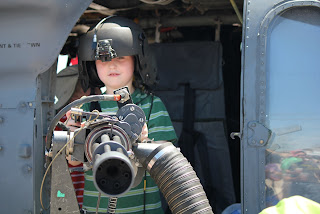 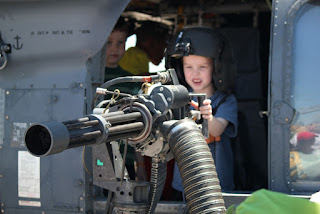 Ahhhh....the all too familiar (and uncomfortable) seating in the back of a c130 Hercules. 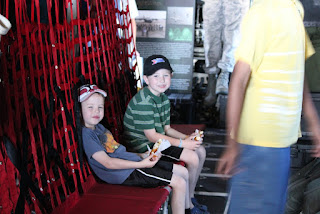 Overall a really fun day had by all. Great show if you ever get the chance to go.

- May 22, 2011
Email ThisBlogThis!Share to TwitterShare to FacebookShare to Pinterest

Those pics are great! At first, I thought J was writing and YOU were home doing chores and I thought how ice of him! Then I saw the SHE was 'choring' and YOU were having the fun! I guess I should have figured that out from the title...Guy Time!

Wow...how exciting. Who would not enjoy such a day as this. The aircrafts are amazing and to get up close what a bonus for the boys.

Love to all.
mama