We have been working this week on how light waves travel and how shadows are made.
They were able to get their hands to make some pretty cool shadows on white paper. 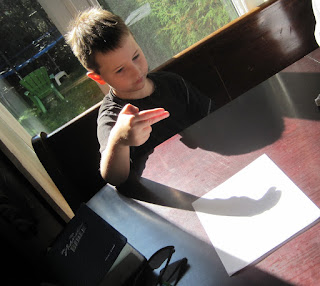 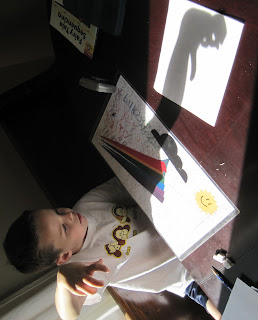 And then we were able to make those shadows into some cool creatures. 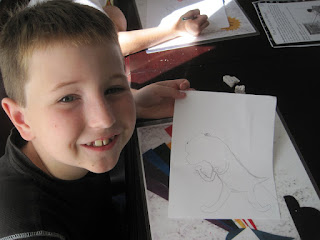 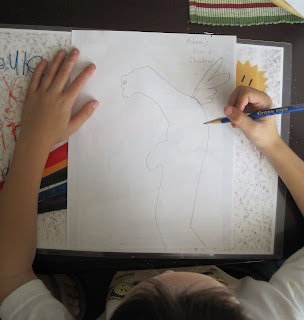 And it was so much fun we did it again. 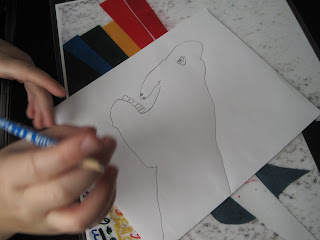 And again. And from what I hear they did it again in the shadow puppet theatre at the Children's Museum yesterday. 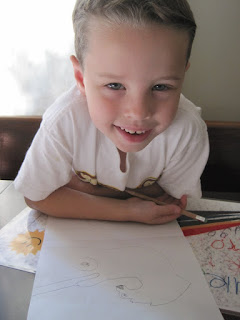 We have great neighbours. An older gentleman across the road told E and friends they could rake his leaves to jump in. He even 'paid' them for it. They each received a freshly picked apple. It was the first time that I have ever seen E eat a whole apple right from the peel down to the core. Working for it must have made it taste better. 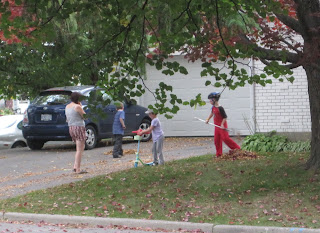 I love those figures they made! What a great idea to let them trace them and then make things out of them. Make me want to try it! And I'm glad to hear about your neighbors. You never really know til you've moved in whether you got some good ones or not!

Your neighborhood sounds like something from the past....it's wonderful to hear that you have such wonderful people surrounding you.

Tell A his glasses are a little on the large side but he is still as handsome as ever.

And were is Mr M and his camping pictures that he promised.

Love to all ...have a great day.
nana