So we finally found a nice, affordable, healthy option for our post-church lunches-Our House. 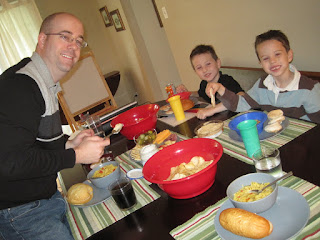 M and I went to a concert on Monday night. The band was good.

But as far as I'm concerned the warm-up band stole the show. Green River Ordinance-you rock.

As most of you know A loves playing board games. Whenever I say I'll play with him he picks the longest game he can think of. We just finished a two day Game of Life marathon game. 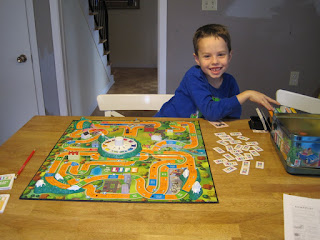 And this guy started hockey this week. I will post more pics of it later. He had been asking to play but I wasn't sure he was really committed to it. But he persisted in asking and convinced me he was sincere. He's starting a little into the season. And most of the other kids have been playing for a year or more. But he doesn't mind being out skilled. He just wants to play. I'll post pics of his first practice tomorrow. 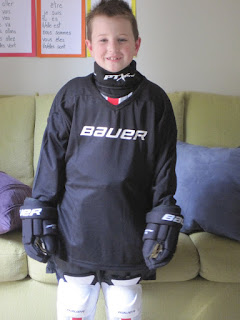 - October 18, 2011
Email ThisBlogThis!Share to TwitterShare to FacebookShare to Pinterest

Way to go E. Love the hockey gear. We will have to come watch you play.

Lunch looks delicious! Do I need to make a reservation at Chez B for lunch? hehehehe