At first it was looking a little rough. 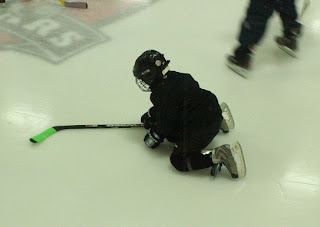 But he tried everything and didn't skip any of the drills. 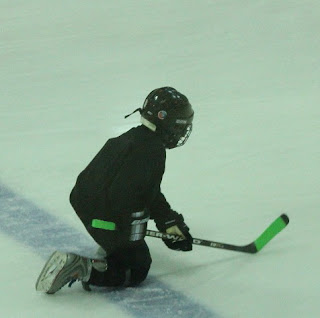 It was cool to see him as a big group.

He and his friend are the two in black jerseys at the back.

He picked green tape which makes him easier to find on the ice. 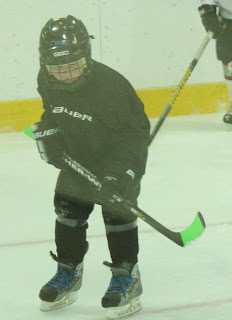 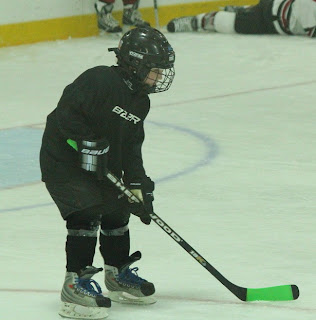 His coach is awesome and welcomed him onto the team wholeheartedly. 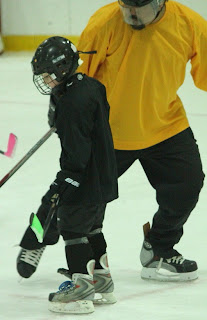 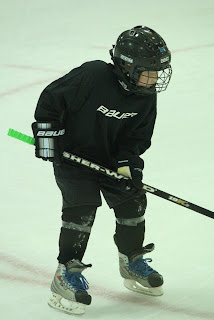 He was looking more and more comfortable as the skating went on. 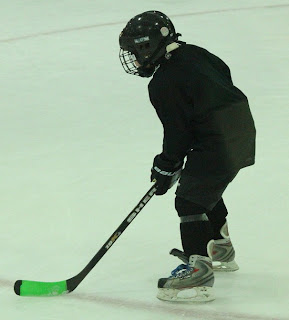 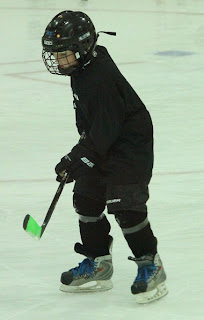 It's such a cultural norm here to play hockey. There are kids on his team who have been skating since they were 2and a half years old and playing hockey since they were 5 or 6. So he has some catch up to do in terms of skill development. 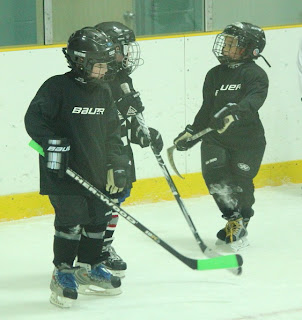 But he is really excited to be a part of the hockey season this year. 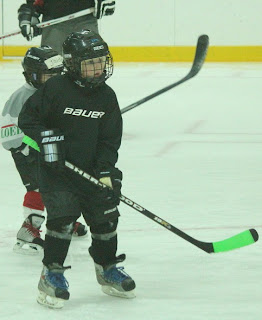 - October 19, 2011
Email ThisBlogThis!Share to TwitterShare to FacebookShare to Pinterest

That looks like so much fun! So is hockey kind of the Canadian sport like soccer is so popular with the kids now here?