Could this kid be any handsomer? 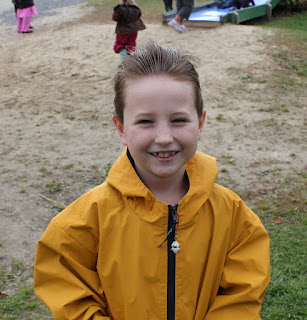 Here's A being the walking dead. What's not to love about Hallowe'en, I say with Heavy Sarcasm. 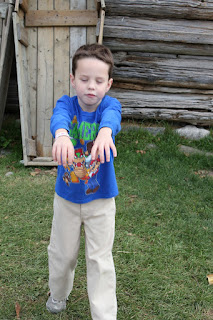 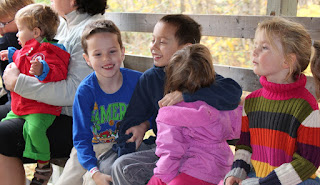 And a real corn maze.

There were long stretches of time where I couldn't see them. 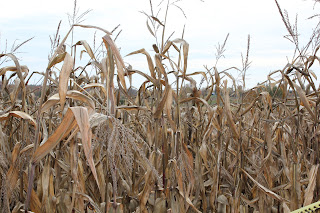 But I could always hear them.

They eventually found their way out.

One of the things I like about living in this area of town is that we are frequently exposed to french. It encourages the boys to practice. Also, it demonstrates that all these french lessons they are doing will come in handy! 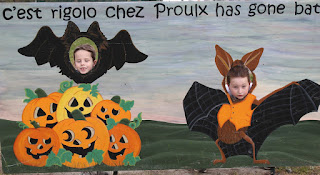 We have been meaning to put up a tire swing in the backyard for a while. And since M is out of town we decided to seize the moment. Voila....tire swing.They love it. 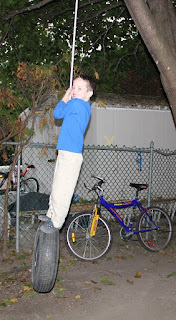 And later when the kids were busy playing with their friends downstairs I used the time to put up a new light fixture in this area. With the couches in there the chandelier became a bit of a hazard. 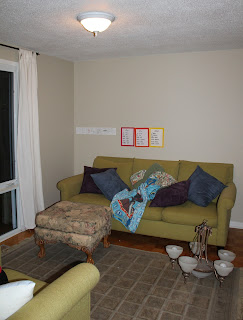 - October 12, 2011
Email ThisBlogThis!Share to TwitterShare to FacebookShare to Pinterest

Looks like you had a great time. Love the new lamp.