It was a close call this weekend, we almost ended up with a pet turtle. E caught one out at camp and asked Grnny is he could keep it. She told him to ask me, I told him to ask his dad, his dad didn't want to say no.....yikes! Unfortunately(wink/nudge) there is a rule in the campground that you can't take animals home that have been captured. So they signed his belly with marker and released him. Maybe they will catch him again one day. 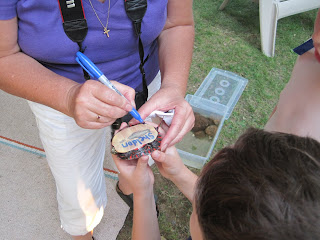 They also caught ten frogs. But there was never a question that they were going to be released. 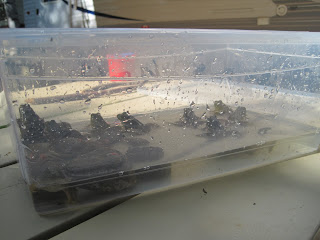 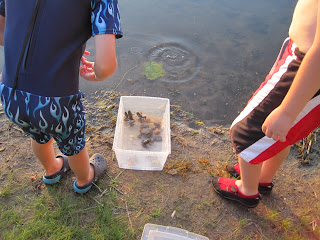 And here's A supervising the fire. His favourite job. 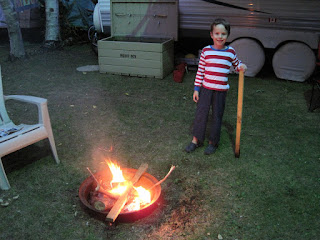 I painted the front hall this weekend. I'm pretty sure I like it. It definitely turned out more yellow than I had expected. But it is a nice contrast with the more neutral livingroom and diningroom. Hmmm.....still thinking about this. 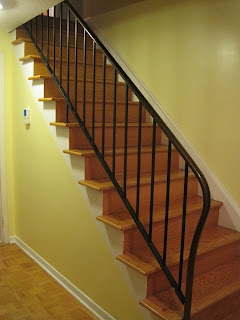 - August 01, 2011
Email ThisBlogThis!Share to TwitterShare to FacebookShare to Pinterest

I love the color. But then, who am I to say anything about colors...my walls look like so many colorful Skittles!

What wonderful adventures go on out at the camp. And Mr Camp Fire is doing a fantastic job by the looks of things.

I am not sure about the color. At first I thought.... it looks ok but the more I looked at it I am not quite sure. In the end you will make the right decision.